It was my second trip to this great and beautiful city for off Sonar week.  I came for the first time with my wife Ericka in 2013 for my fortieth birthday celebrations, after which we were both decidedly hooked and immediately made the decision then and there to make it an annual event. 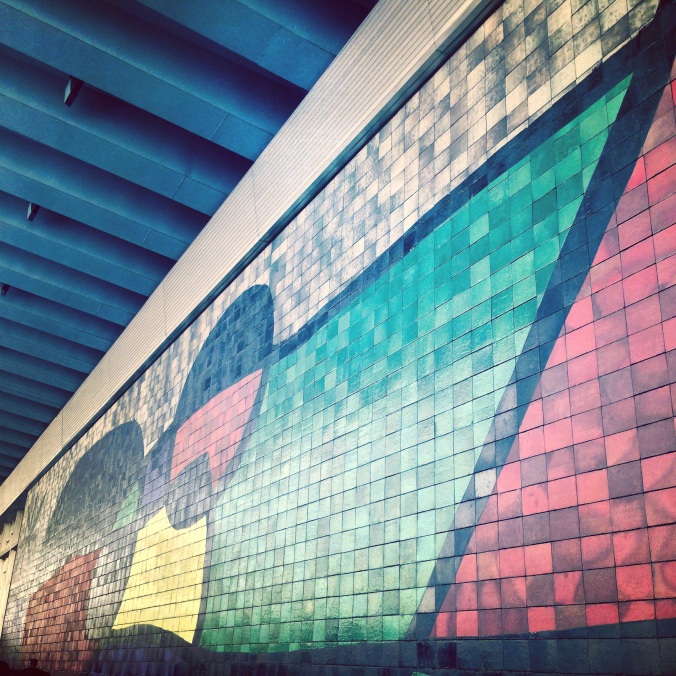 On our arrival at Barcelona airport we are greeted by an all out taxi strike which was not ideal, but the city’s exemplary bus service certainly saved the day (all day and night long!).

Our first port of call was the long awaited Maeve Showcase sell out at El Monasterio of El Poble Espanyol.

The Maeve imprint was launched in 2013 by Mano Le Tough and The Drifter, childhood friends, Irish expats and Berlin residents.  The name Maeve is Gaelic and translates as “the cause of great joy” or “she who intoxicates”.

When we arrived at the venue initially there was some confusion.  We were admitted and our names crossed off the list and given wristbands as per, however when we entered the venue it was like walking back in time.  We were surrounded by a full and open Spanish courtyard, many bars were open and tourists were walking freely around enjoying the culture.  Not your usual destination for a rave!

El Monasterio of El Poble Espanyol is actually an Architectural Museum and was built in 1929.  From its initial conception it was intended to be a true representation of a Iberian village with over 117 buildings, streets and squares from all over Spain faithfully reproduced in scale to bring together all the traditional architectural characteristics.  Wandering through these cobbled courtyards and sunlight dappled squares really was an amazing pre-party journey. 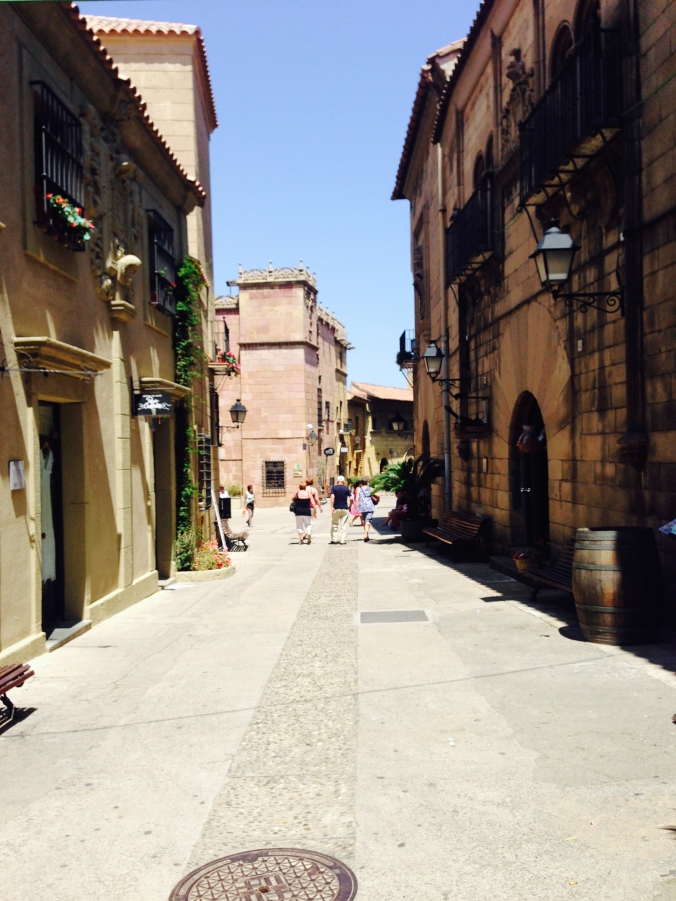 After some time of weaving our way through the meandering lanes we came upon the grand entrance.  We walked through a high ornate stone gate and up a gravelled path, tucked at the foot of a high sandstone wall, set about by tall trees which gave some welcome shade from the hot Barcelona afternoon sun.  Small fountains tinkled gently on the ear, the water sparkling in the sunlight.  Then, as we moved further up the hill slowly but surely came the instantly recognisable sound of four four beat could just be heard in the distance. 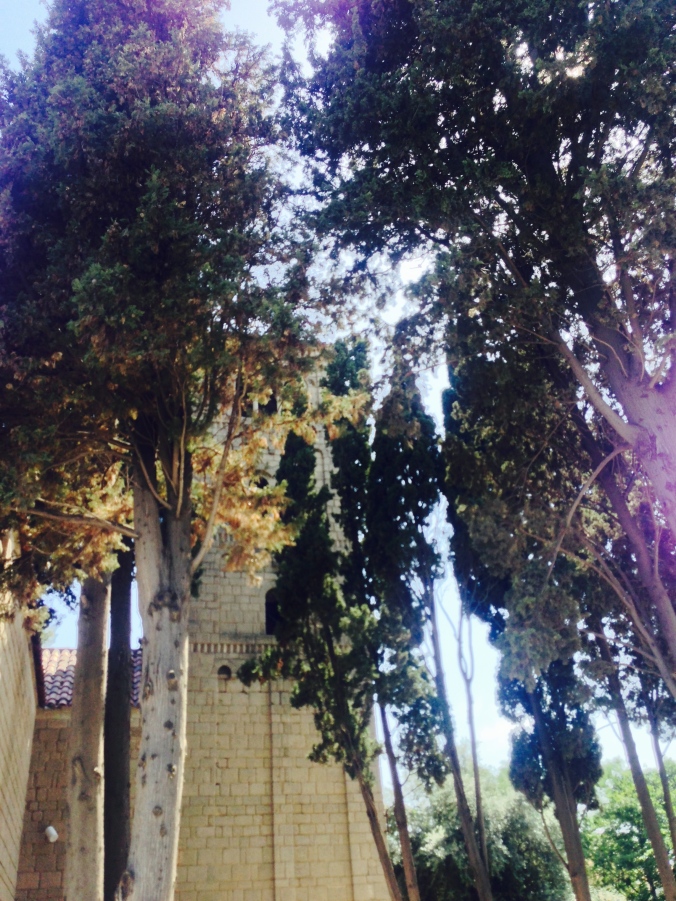 We arrived in a shaded courtyard and made our way up a further winding iron staircase only to be presented with some of the finest views over the entire city. 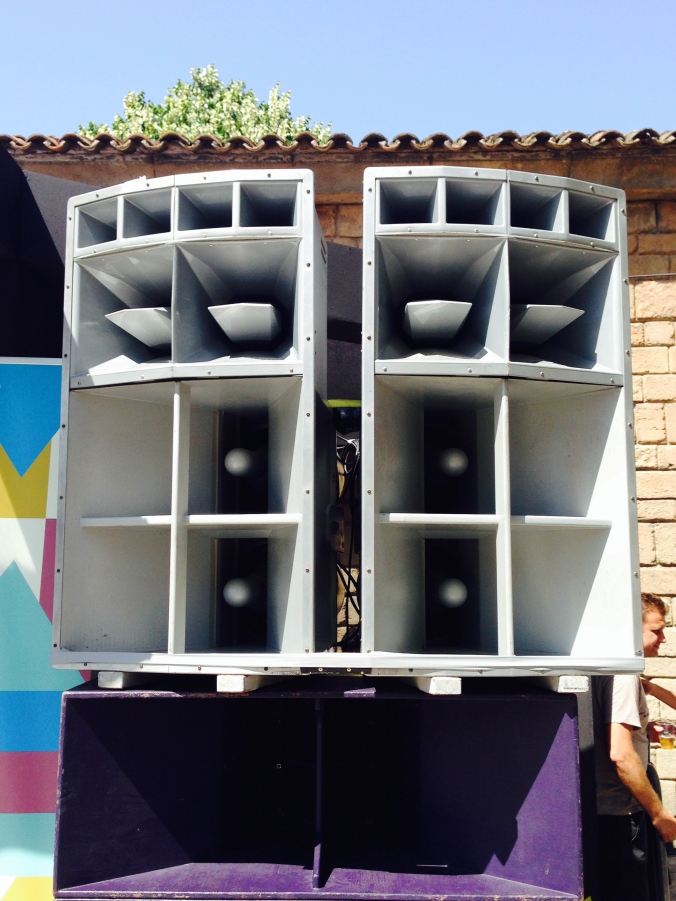 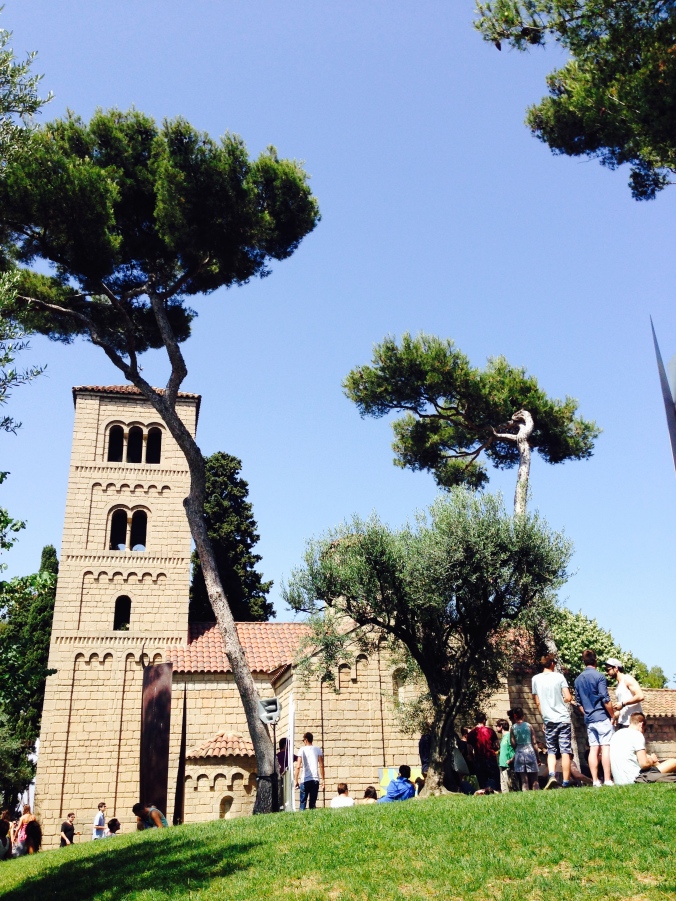 We had arrived at 2pm, the very start of the party and even though we were early, already a crowd was forming.  Easing us into the proceedings was Maeve co-founder; The Drifter.  The sound system was already of a decent volume and The Drifter effortlessly set the mood for the days proceedings.  Next up was the mysterious Baikal, spoken “bai kyul” = “rich lake”  the deepest and oldest lake in the world.  Already familiar with most of his productions including the absolutely outstanding remix work done for Ian Pooley on Innversions last year;

I was eager to hear his set which very quickly upped the ante and more than lived up to all of my expectations.

Next up was the legend that is Matthew Jonson, this is something I had been waiting a very long time for.  The last time I had heard Mr Jonson play it was at DC10 back in 2006, so you can imagine my deep and utter joy when he played his track Typerope:

This really set the standard for the evening’s entertainment, the crowd absolutely soaked up his set, which whipped us all into a frenzy for the man himself, Mano Le Tough.

The über talented Irishman has made tsunami sized waves over the last few years, seeing his debut album “Changing Days” reach dizzy heights with critical acclaim from around the globe.  As is said; the proof of the pudding is in the eating, I can honestly say I have had this album on repeat ever since its release date.  With his own haunting vocals on most of the tracks its quite clear that we are witnessing a real raw talent.  I’ve not heard an album so prolific since Underworld’s “Dubnobasswithmyheadman” back in 1994.

As to be expected Mano Le Tough took us all on a journey, one which I personally did not want to end, leaving me hungry for more. 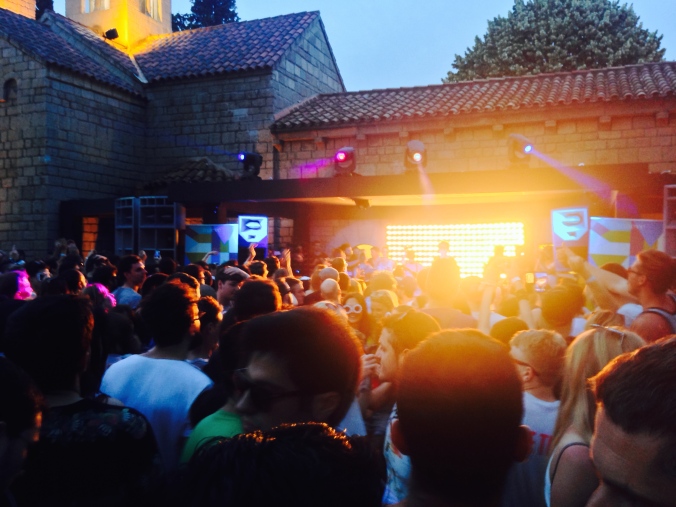 Then seeing us out we have the inimitable Tale Of Us;  the two Italian born Berliners are completely unstoppable at the moment.  Having remixed Thugfucker’s “Disco Gnome” back in 2010 things have gone from strength to strength for the duo and they are in seriously high demand.  After last year’s remix of Mano Le Tough’s “Primitive People” and success in their own right with tracks like “Another Earth” amongst others made them the perfect bedfellows to finish off the evening’s roller coaster ride

They saw us out and played a completely textbook Tale Of Us set, a night to remember!

We’ll be 100% back for Maeve’s off Sonar next year for sure!

Bright and (not too early) the next morning we awake, raring to see what else this amazing city has in store for us.

And after a spot of breakfast and a stroll down Las Ramblas to the beach, we find a place to grab a bit of lunch, then we make our way to Parc Del Forum for the One Illusion party.

One Illusion being the off Sonar party for Illusion recordings, an imprint which has enjoyed unparalleled success in recent years, releasing some quality material from the fantastic Volta Cab – Don’t Give Up Trus’me remix, to the huge Bicep championed dance floor slammer NY Stomp – The NY House track.  Given the fact that Illusion Recordings had been set up and run by two industry mainstays Tom Craven and James Cotterill we knew this was a going to be a party to raise the roof.

Both Craven and Cotterill have been involved in House music for the long haul. Craven was bitten by the bug back when he was just 16 at the legendary Hacienda in Manchester.  He moved to Leeds and became immersed in the current burgeoning scene, Back To Basics and Hard Times were both nights that were riding high at the time and went onto to achieve cult status.  With that he went onto become a DJ and worked four crazy summers in Ibiza culminating in a residency at We Love at Space.  A chance meeting with label partner James Cotterill in Ibiza in 2003 formed a long term friendship between the pair eventually culminating in Illusion Recordings as it exists today, an exciting underground imprint with an impressive roster; Trus’me, Mic Newman (Fantastic Man) and Garry Todd to name but a few.

Parc Del Forum itself, although impressive at first glance, on a closer inspection seems to have seen better days.  I guess that the root cause being the long lasting financial blight over the global economy of recent years, but in this case I believe the overgrown concrete, with life sprouting up through the paved cracks all around lent a certain something to this party; a chaotic throng of hedonistic revellers amongst the backdrop of Spanish urban decay.

An intimate affair but nonetheless less potent for it with some amazing DJ’s booked, the likes of Craig Richards, Norm Talley and Below Birmingham residents Subb-an and Adam Shelton the party went from strength to strength.  A twelve hour affair, but not a slow builder, we are thrown into the throng early and the quality and energy of the tracks being played increases exponentially.  Busy but never uncomfortably rammed gave us all an amazing experience, the highlight of which for me was hearing DJ Gregory’s Elle as the sun went down…

Even though we were situated in an outside venue the sound did not suffer in the slightest and was second to none all day long.  Such was the vibe that when we hit midnight left the crowd were left gobsmacked and begging for more.  A truly special day/night.